On Being the Church’s Third Wheel 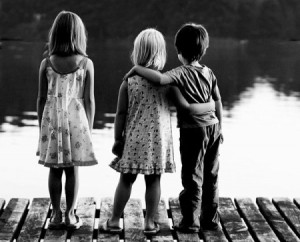 The month of February means red, white & pink bouquets, chalky heart-shaped candies, discounts on dating sites and of course… a marriage series at every church in America.

Being single or divorced in the Church during the month of February is like being at the kid’s table on Thanksgiving. A marriage series is cute and all, but it’s not enough to simply say, “store this away for later” to the non-marrieds in the crowd—while carrying on with four solid weeks on how to be a better husband, a better wife or for you more “relevant” churches… how to have a better sex life.

It may be shocking to learn (and you may want to sit down for this), but the singles in your church are not waiting around for marriage in order to start their lives and to live out God’s purpose for them. And if they are—then you are teaching the wrong message!

Please understand  that I am not a bitter single woman dreading Valentine’s Day. It’s not a Valentine’s, February, etc. issue. It’s an issue of overlooking an entire demographic in the church whatever month or day of the year it is. Granted, by and large, the single community is smaller than the married community, but that doesn’t make them any less important.

Dismissing the needs of an entire group of adults in the church is devaluing them as part of the Body—whether that is the intention or not. It says, “because you’re not married, you don’t have a place here.” That could not be further from the truth. One could liken it to ignoring middle schoolers because they are in between elementary and high school (which we can all agree would be terribly awkward).

God has a purpose for single people now… today. We all have a part to play in the Body of Christ and no one should be made to feel that they are somehow inadequate because of their life stage.

So have your marriage messages… but respect the singles in the body by giving them a part to play as well (and please… not as date night babysitters).

The eye cannot say to the hand, “I don’t need you!” And the head cannot say to the feet, “I don’t need you!” On the contrary, those parts of the body that seem to be weaker are indispensable, and the parts that we think are less honorable we treat with special honor. And the parts that are unpresentable are treated with special modesty, while our presentable parts need no special treatment. But God has put the body together, giving greater honor to the parts that lacked it, so that there should be no division in the body, but that its parts should have equal concern for each other. If one part suffers, every part suffers with it; if one part is honored, every part rejoices with it.  Now you are the body of Christ, and each one of you is a part of it.